Megan’s Story – every employee should have a chance

At Highfield, we are passionate about apprenticeships; we believe that they are a great way to give individuals their education as well as an insight into the working world. As a recruitment agency, we don’t just think our consultants are the ones who should be benefiting from these schemes, but that every employee should have the chance. 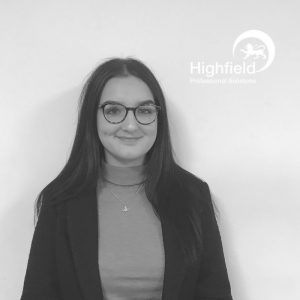 Megan, our Finance Apprentice, is a vital member of our team and extremely important to our business. She began her apprenticeship in November 2017 – now 7 months in, she’s not looking back.

Megan decided to start her apprenticeship after making the decision that she wasn’t getting the ‘real world’ experience she desired whilst at college. The most important factor when deciding on this apprenticeship for Megan was that she would be able to work in conjunction with her studies, and that would enable to her to have the crucial ‘on the job’ experience.

Megan said: “At first it was daunting, as I was not sure what to expect. I decided not to go back to college as I was eager to be out in the real working world. An apprenticeship was an option that I didn’t think much about previously, however, after much research and reassurance I decided this was the best avenue for me to go down.”

As well as the training Megan receives during her working day, she also attends College one day per month where she benefits from great resources and tutors.

Since November she has already taken on a lot of responsibility within the finance department. Now being solely responsible for specific areas of the department, one of these being payroll.

During her short time at Highfield, Megan has already taken and passed two exams and is well on her way to achieving her AAT.
Megan said “During my time so far at Highfield I have developed the skills and knowledge that will prepare me for a future after my apprenticeship. I have been able to achieve so much already, and I wouldn’t have been able to do so if I hadn’t taken this opportunity. I find my work to be so rewarding, knowing that I can earn and learn has meant that I am able to prepare for the future at the age of 18.”
We are looking forward to the rest of Megan’s apprenticeship and future here at Highfield. 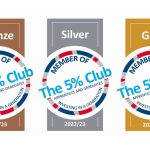