The Ministry of Defence and The 5% Club, two of the UK’s biggest supporters of apprenticeships, will today urge employers to prioritise building life skills in more young people at an event in Sheffield during the Invictus UK trials.

The Ministry of Defence is a member of The 5% Club, and together they are co-hosting a member event that will be attended by major national employers, including GSK, Balfour Beatty and QinetiQ.

At the ‘Developing Apprentices Beyond their Apprenticeships’ event at Sheffield City Hall, employers of young apprentices will describe how participation in schemes inside and outside of the workplace has helped young people to build their resilience and confidence. 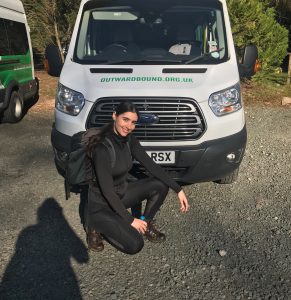 Suela Murati has been an apprentice at pharmaceutical company GSK for less than a year. She completed an Outward Bound course in April 2019, where she worked with 80 other GSK apprentices to develop skills, such as teamwork and communication whilst participating in activities like abseiling and ghyll scrambling.

“Suela has progressed fantastically since she did the course. She is organising a large event for more than 2000 employees this year – a job Suela says she could never have done before she did Outward Bound.”

The 5% Club has nearly 400 member organisations, from the private and public sectors and a range of industries, including construction, hospitality and engineering. Members aspire to achieve five percent of their workforce in ‘earn and learn’ positions, including apprentices, sponsored students and graduates on formalised training schemes. The 5% Club supports members in sharing knowledge and best practice.

“The Ministry of Defence is co-hosting this event with The 5% Club because the Armed Forces place great importance on building life skills in our serving personnel and civil servants. The Armed Forces has one of the largest nationally recognised apprenticeship programmes in the UK with around 20,000 personnel enrolled on it at any one time.

Defence needs a skilled, sustainable, capable workforce trained and equipped to protect the nation’s interests; the MoD apprenticeship programme is intrinsic to achieving this aim.  The skills and qualifications gained by military personnel throughout their careers, including apprenticeships, make them highly employable beyond their military Service.”

This member event is one of a series of events organised by The 5% Club throughout the year. Lady Cobham CBE, Director General of The 5% Club said:

“The 5% Club is proud that our members are coming together during the Invictus UK trials to demonstrate their commitment to developing apprentices in the most beneficial way. It is clear that building life skills in young people is an important part of that process. I find it heartening to hear of the various pilots and schemes that our members are putting young people on and the positive results they are yielding. It is so valuable for employers to share knowledge in this way.

“The 5% Club wants to see more young people starting and completing good quality apprenticeship training, and able to access schemes that improve them as employees and people.”

Amy Large, Emerging Talent Advisor for Balfour Beatty, an early member of The 5% Club and an UK-wide employer, is speaking at the event and said:

“At Balfour Beatty, our apprentices get immediate and meaningful involvement in infrastructure that shapes daily life, such as the Manchester Engineering Campus Development. We employ over 300 apprentices across the UK and recruit around 150 additional ones each year.

“Investing in future leaders and retaining talent are key priorities for Balfour Beatty. We want to provide our apprentices with a valuable and satisfying career which means offering opportunities to further themselves beyond their apprenticeship. We see the value in going above and beyond whether this is supporting Reservists during their Apprenticeship, providing volunteering opportunities, taking part in the Duke of Edinburgh scheme or working with other members of The 5% Club.

“As we face a skills shortage in the construction and infrastructure industry, its critical we provide the younger generations with a wealth of experience and opportunities to show them how valuable life skills, such as teamwork, problem-solving and communication can really enable an exciting and rewarding life-long career”.

For five top tips from The 5% Club on building apprentices’ life skills, from employers at the event, please see here. 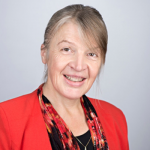 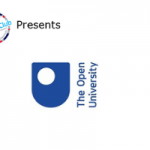 How apprenticeships can diversify your workforce 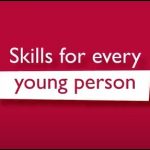 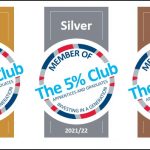 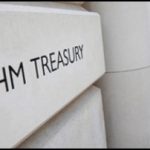 The 5% Club provides a submission to the Comprehensive Spending Review