Over 30 big industry names gathered at MOD Worthy Down on Thursday, 16 June as the Ministry of Defence announced the appointment of its 150,000th apprentice: Lance Corporal Brown. 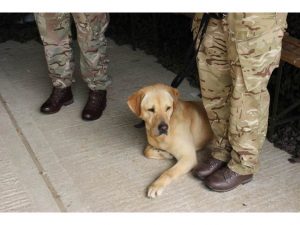 The Rt Hon Earl Howe, Minister of State for the Ministry of Defence, presented nineteen-year-old Intelligence Corps apprentice L/Cpl Brown with a certificate to acknowledge the milestone.

Guests at the event – representatives from organisations that make up The 5% Club – took a tour of the facility, meeting apprentices and their trainers from across the MOD’s four services: Royal Air Force, Army, Royal Navy and Civil Service.

Lunch was served by Food Service Wing apprentices working in the ‘Realistic Working Environment’ restaurant, where they presented and explained their meal to the guests. 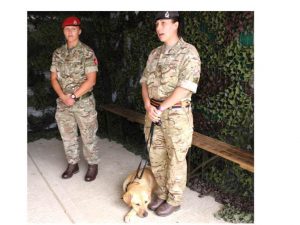 “I continue to believe that the training available here at Worthy Down and elsewhere within the Ministry of Defence is second to none, and that such training and apprenticeships make a definite contribution to the world-leading standard of our Armed Forces.  I was impressed by the professionalism of those that I met, and the training that they receive is of clear benefit to both such individuals and the Services, as well as assisting in any future transition to civilian life”.

“This event was an excellent showcase from the UK’s largest apprenticeship provider. The MOD has a long history of investment in training, but a more recent shift toward apprenticeships means learners are equipped with transferable skills that will serve them for life. We are very grateful to the MOD for hosting this event – The opportunity for The 5% Club members to see how the MOD run their programmes and to share best practice is part of the ethos of the campaign”.